Well, back in December the camera picked up a couple of interesting photos including one of a small plump dog who I would later see on a lost poster on Facebook.  I did contact them to say when she'd been around us but never heard back and sadly by then I didn't have time to keep an eye out for her.  After that the camera took no photos, I thought Mark hadn't switched it on properly, then I thought I hadn't switched it on.  It took me weeks to think to replace the batteries!  When I put it back out I clearly had it pointing a bit randomly out through the fence and it has mostly been taking photos of cows, though we do have one silhouetted hare.  The other camera also got new batteries but appears to be rather lazy.  I occasionally bait it with some eggs but more often than not the eggs are gone with no evidence of who took them. 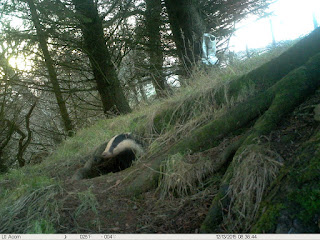 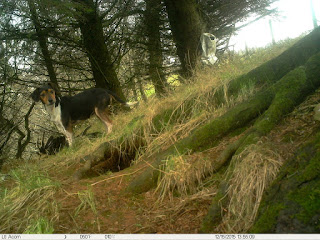 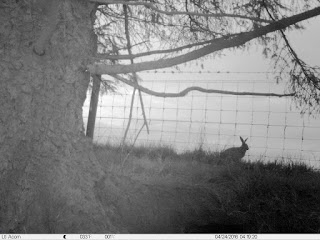 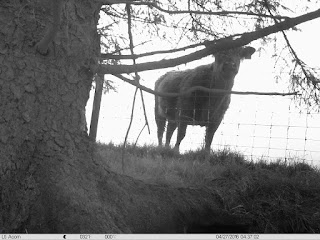 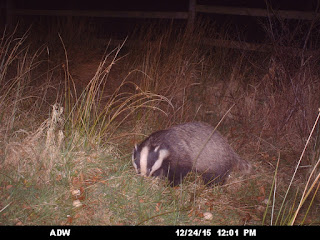 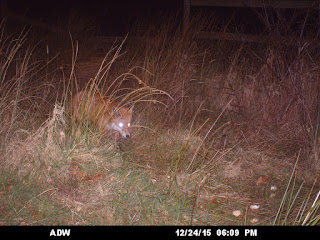