That time of year again!  A change of venue back to S.N.E.C which is both handier for me and not in the land that Sat Nav forgot so it was a quick and easy run up to the show.  There were two Exbury Ghost mares were at the show, Chamfron Firefly with Rebecca and Garrabeg Lil Lakota Sioux with Kayreen.  Rebecca couldn't hide her surprise when I commented that she was really quite tidy (...for a change), she came home with first in the 4yo and over mare class and Reserve Female in hand Champion though we won't lie, class entries for her section were pitiful.  Sioux won the Judges colour choice any other colour and both the in hand and ridden western classes.  Its difficult to know what to say about the show really, without a doubt it is a much better venue and the new committee had clearly worked hard to put their own stamp on the show.  It wasn't well supported, though many that had come had travelled long distances to do so.  There was more strength in the ridden classes than there has ever been, some very nice horses and great to see at least two of the stallions under saddle but for me it no longer seemed to be a breeders showcase, possibly reflecting the reduction of Appaloosa studs in Scotland at the moment? 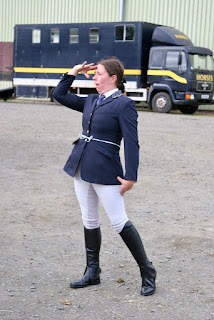 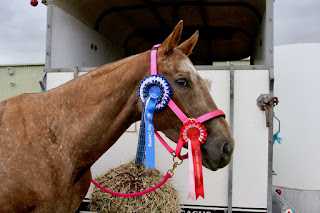 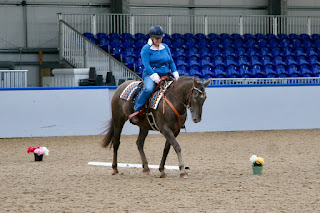 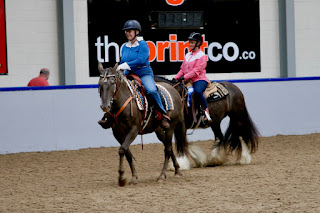