Glorious weekend forecast so all the rugs came off.  The Shetlands were keen to play with the rugs, I warned them "this will not end well" and right enough soon Victor was blindfolded and lightly throttled by the fillet string.  It didn't stop him trying to wrap Jack up like a Burrito two minutes later, be careful what you wish for boys!  I then acquired a little friend, one of the nicest fittest Pugs I have ever met, he helped bring the horses in and started to come hacking with me but it became apparent his road sense was a little vague and so the neighbours offered to pug-sit until an owner turned up. 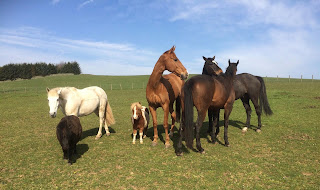 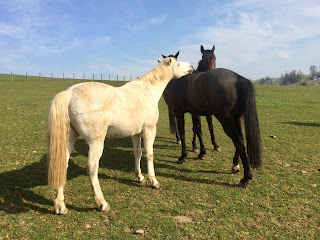 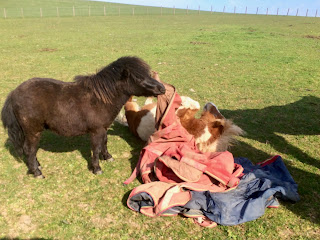 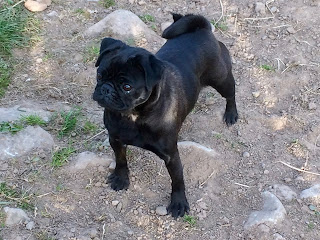 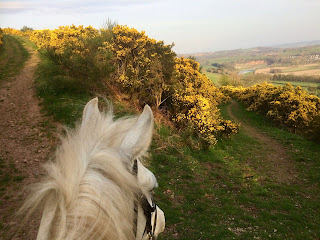 One of the reasons I cannot blanket my mules ever...they will make a game of pulling the blankets of each other. What a nice looking Pug!
I can't wait to get riding this year again!