So it would appear I have become a bit of a fiend for a community woodland, Gordon last night and Wooplaw tonight.  Wooplaw was the brainchild of Tim Stead, a wood sculptor and furniture maker who lived nearby in the village of Blainslie.  Tim specialised in using native British hardwoods, rather than imported timber and he wanted to try to replace some of the massive elm, oak and ash trees he had used in his works of art.  Tim is buried at Wooplaw and beside the grave is a sculpture in burr elm of Tim by Russian artist Eduard Bersudsky, who was a long-time friend of Tim and his family.

I've driven past one of the signs to Wooplaw for years and stopped there to go exploring, in hindsight driving to the main car park, where there is a really good map, would of been more cunning but I saw a lot of the woods (missed the totem pole!) and not another soul in the hour and a half I was there. 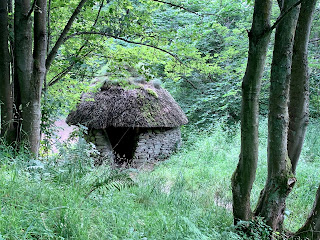 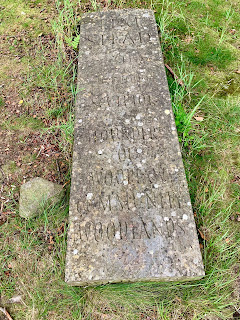 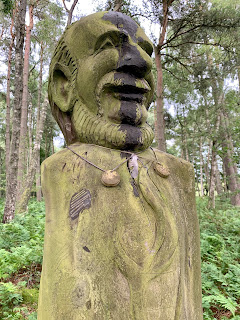 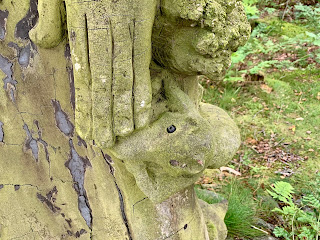 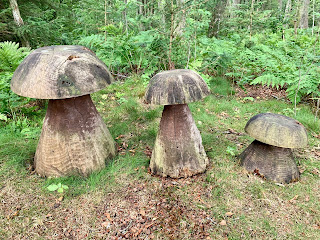