The midget submarines at Aberlady are XT-Craft, training versions of the X-Craft that attacked the Tirpiz in 1942.  When no longer needed in 1946 two of these vessels were towed out and moored to a large concrete block before being used as target practice and gun tests by RAF aircraft. Afterwards they were simply left to rot.

The more southerly of the two submarines is better preserved and you can get a feel of how they would have looked and how cramped it would have been for the four crew mates.  Only visible and visitable at low tide!

We also had a mooch at one of the pill boxes hidden in the dunes. 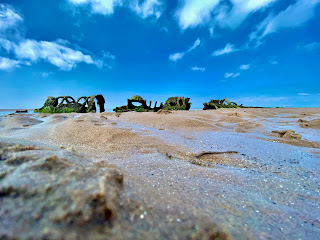 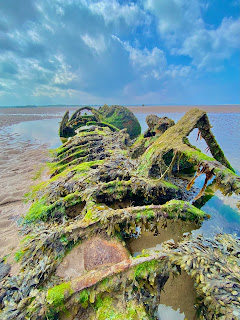 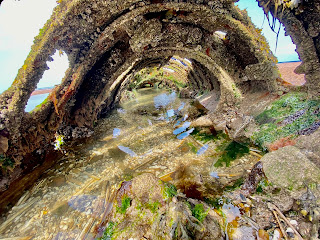 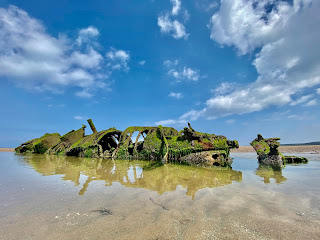 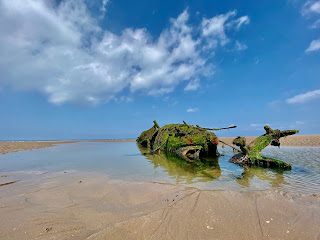 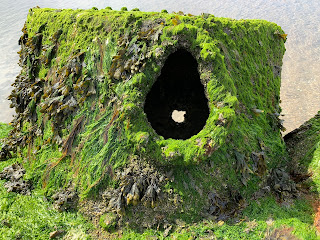 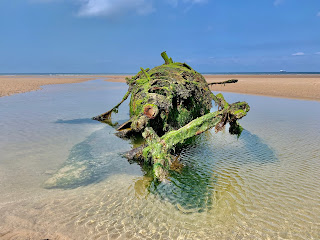 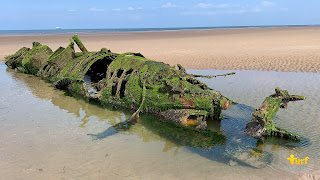 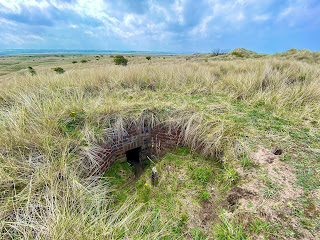 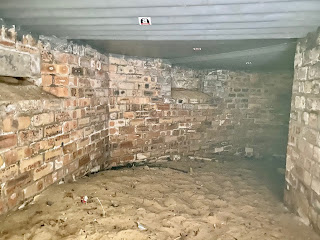 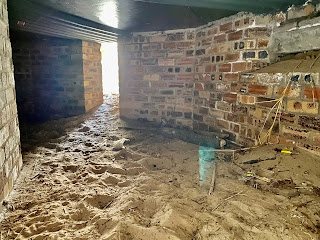