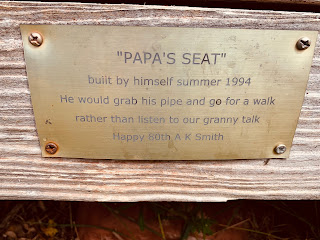 A day of witch hunt history, firstly the Old St Andrew's Kirk in North Berwick, The Auld Kirk was made famous in 1595 when local women were accused of being witches, gathering in the kirk to listen to a sermon from the Devil, and plotting to kill James VI and his new bride by summoning a storm.  During the reign of King James VI, somewhere between 70 and 200 so-called witches were put on trial, tortured and even executed, from the town of North Berwick and the surrounding area alone.

Then on to the Witches Stone in Spott, East Lothian which was notorious for its witches in both the 17th and early 18th centuries.  The stone is supposed to be near the spot where Marion Lillie, the Ringwoody Witch, was burnt to death around 1698. It has been claimed that she was the last witch to be burnt in Scotland, however, three other executions took place in Spott in 1705, one being described as a “burning”, the usual fate for those convicted of witchcraft.

Then lastly Athena, designed by Andy Scott to commemorate 81 residents of Prestonpans who were executed for witchcraft in the 16th century, though it represents “a proud and dignified woman” rather than a victim.  When interviewed about the sculpture in 2011, Andy Scott said: “I did a bit of historic research on Prestonpans and found a number of ladies – and men as it turned out – were unfortunately accused of witchcraft and met a rather grisly end. I thought it would be nice to give them a dignified commemoration”.

I'm a fan of the Nikita Gill poem, Wild Embers.  "We are the descendants of the wild women you forgot, we are the stories you thought would never be taught.  They should of checked the ashes of the women they burned alive, because it takes a single wild ember to bring a whole wildfire to life" 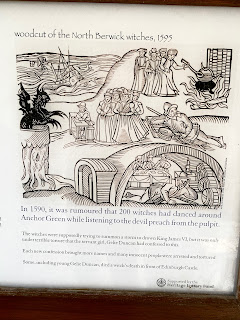 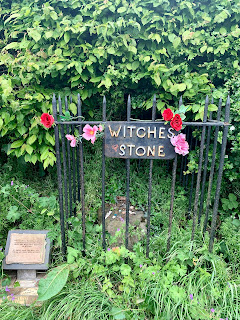 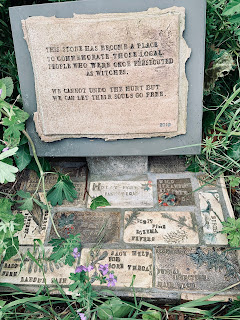 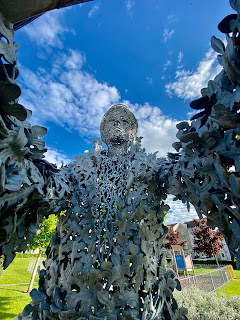 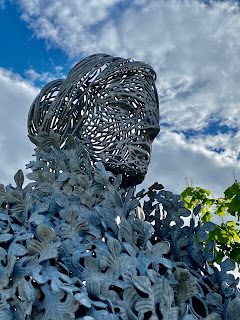 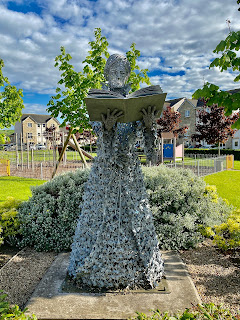 Chamfron Almendra took part in her first 90 at Great Tew at the weekend piloted by Flo Daly. 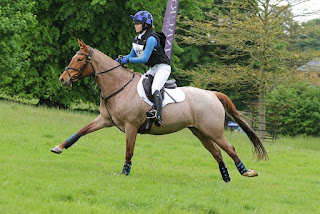 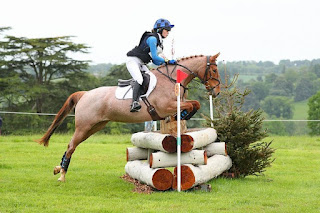 Intrigued by the ground beyond Spidey's field we went for an investigation tonight and found out that patch of Hawthorn is Hadfast Valley nature reserve.  Hadfast has been a bird ringing site since the 1970's, was one of the first in Scotland and is one of very few to have continuous records for forty years.  At 7am on the 1st of October 2013 a Goldcrest was ringed at the Island Bird Observatory in the North of Sweden, forty days later it was re trapped in the Hadfast Valley having traveled 1595 km.  It weighed 5.5 grammes and had a wing length of 55mm!  Our best sighting of the evening was a vixen and her cubs. 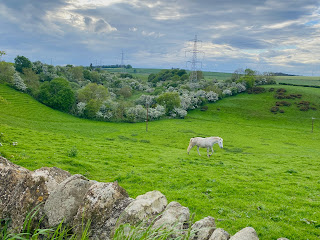 A gap in a wall and a slightly obscure monument records the capture of Mary Queen of Scots after the Battle of Carberry Hill. The location marks both a pivotal event in Scottish history and the moment Mary sacrificed her liberty for the love of her husband.
Mary Stuart, better known as Mary, Queen of Scots, had become queen as an infant after her father, James V of Scotland, died. In 1565, she married Henry Stuart, Lord Darnley, and had a son with him. But just two years after they married, Lord Darnley was found murdered in the garden outside his home. Soon after, Mary took another husband, James Hepburn, the Earl of Bothwell—the man who many believed was responsible for the murder of her first husband.
After the marriage, a number of Scottish lords objected to Mary’s rule. They assembled troops, and on June 15, 1567, the conflicting sides fought the Battle of Carberry Hill. As the tides of the battle turned against Mary, she decided to surrender. By giving herself up, she bought time for her husband to escape the battle, and would spend most of the years that followed in captivity. Any visitors standing in the empty woods today will struggle to imagine that anything had ever happened there.
An inscription on the stone reads: “M.R. 1567 At this spot Mary Queen of Scots after the escape of Bothwell mounted her horse and surrendered herself to the Confederate Lords 15 June 1567”

I mounted my Spider pony and had a small trundle along the railway line! 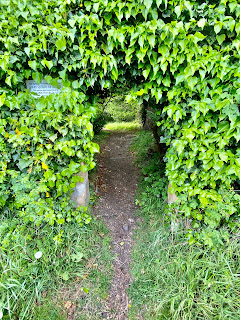 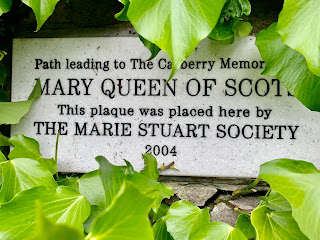 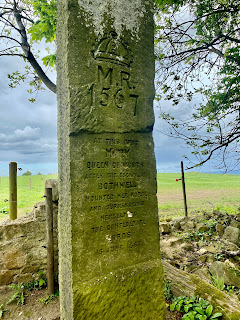 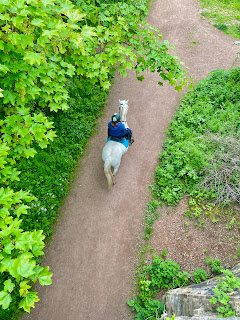 Alison and Chamfron Paloma at a recent Cattle Clinic.  Cracking photos thanks to Ellie Osborne photography 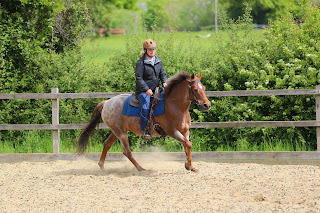 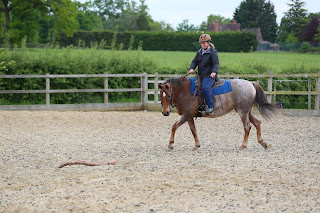 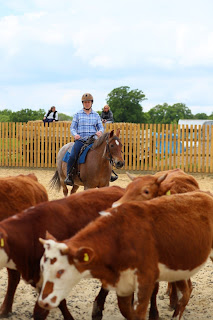 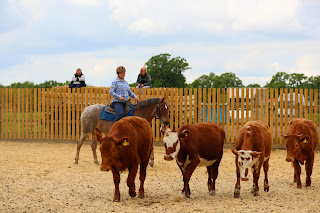 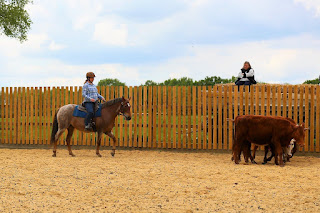 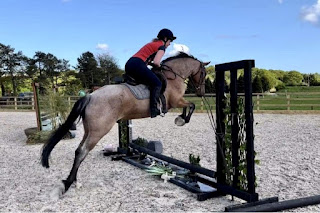