Rose and Dick are happily settled in their new home so the fluffies have left us and headed back to Cumbria. Excellent adverts for the hardiness of natives as they have been fed nothing all winter other than two thirds of a mineral lick and I still haven't managed to locate a rib on firm prodding!! As an added bonus they seem to be quite partial to reeds and tidied up the field nicely! 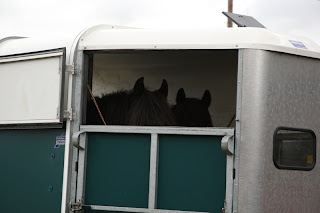 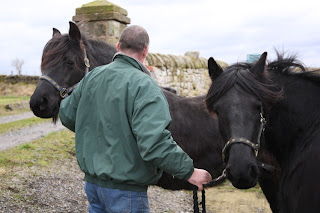 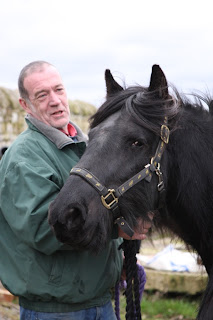 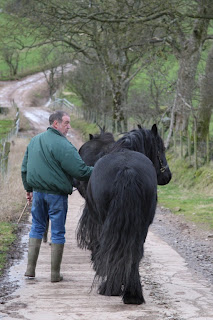 ...Mark being right that is!
It was the annual Scotsman newspaper freeze frame photography competition and I knew I didn't have anything good enough to get in the placings this year. Mark suggested I entered this photo... 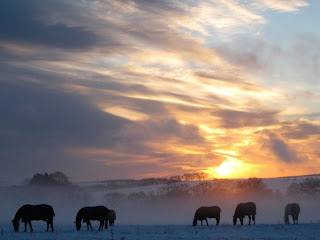 I must admit its a photo that doesn't grab me at all, taken on the wee point and shoot camera probably a minute or two too late to really get the sunset and with one broodmare not playing ball (bum to the camera) Well I put off entering and dithered and argued with Mark it wouldn't get printed so what was the point (the counter arguement being, of course, "well it costs nothing to enter"!) Amazingly it did get printed today in part one of the winter photos supplement, certainly not good enough to get placed (winners are announced tomorrow) but nice to be in the also rans anyway. I did enter one other photo so you never know...!! 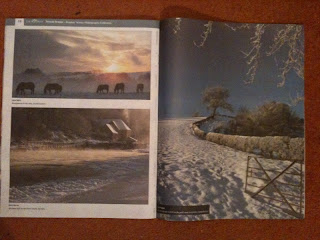 That field wouldn't win any beauty prizes at the moment, it looks half plowed and half like a paddy field, hense the lack of blog posts, roll on spring and sunshine!
Posted by Laura at 11:04 No comments:

Mark has been furtively heading to the man shed for the last week before unveiling his first attempt at whittling, I think its pretty damn impressive! (Only one thumb half lopped off...!!) 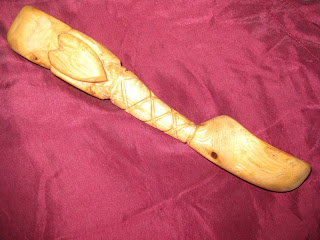 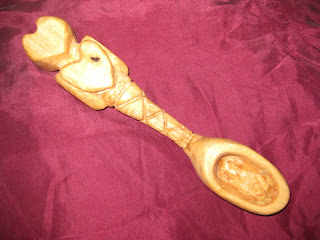 This year the chooks stopped laying completely for the first time but they have started again with a vengence (must be spring eh?) and look, all different colours!! We never had this range of greens, browns and blues last year so some of the eggs must be from the home grown chicks! 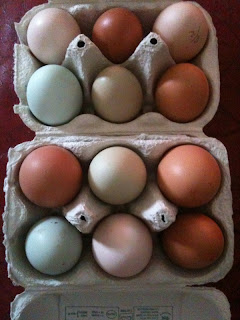 The joys of "white" horses!

Before... During... and After!!! Nico enjoying his mud bath! 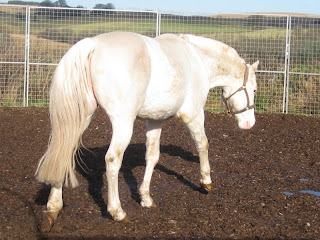 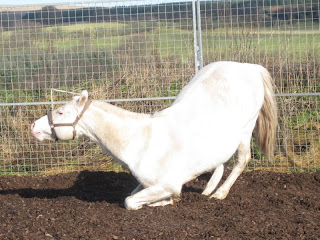 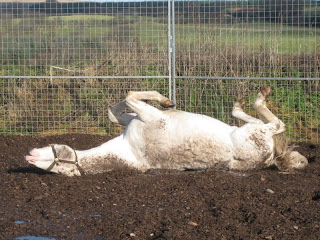 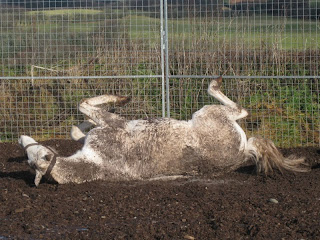 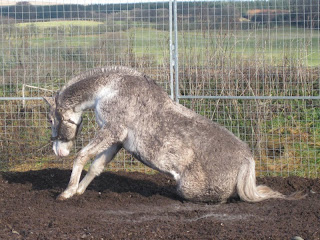 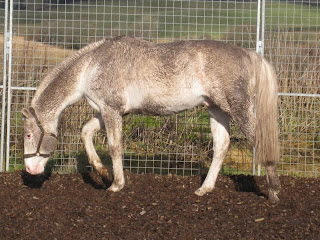 Muley has been sharing the long eared love again! I entered the famous (and blogged to death, so you are getting a summer photo of mule this time...) frosty mule photo of her in the HorseMart winter competition to win an Ipad and win she did. Rather embarrassingly there was 600 entries, over 10,000 votes and mule won, with what must surely have been an outstanding landslide victory of 1471 votes!!! I love my mule and I think Mark will love his Ipad (his? you say, well I may have stolen his Macbook so it seems only fair!). 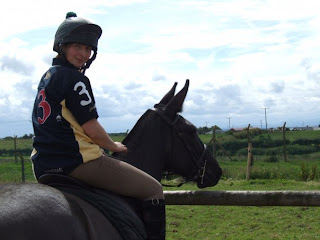 Recent photos of Colin, including him being used as a handy saddle rack (looks bothered doesn't he?) He's looking very grown up and a lot sleeker and cleaner than our youngsters!! Photos thanks to Nicola. 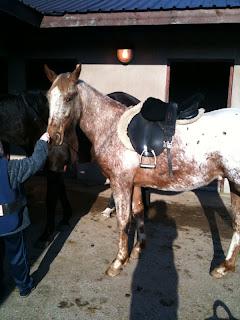 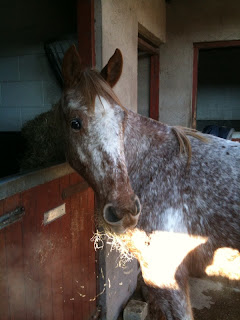 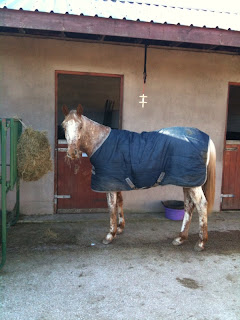