A wee sprinkling of snow over night makes the new cottage look rather cute and bright skies always lift the spirits. 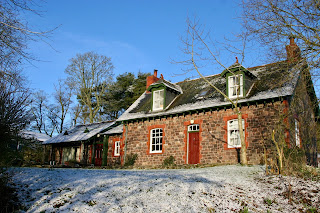 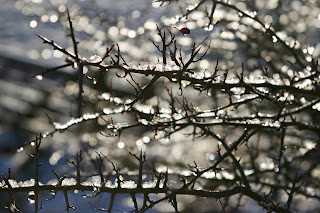 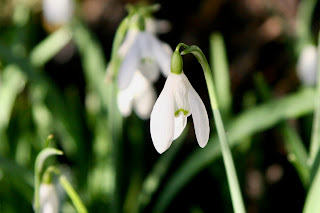 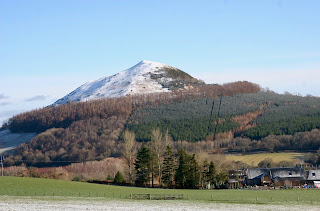 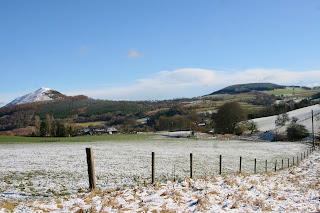 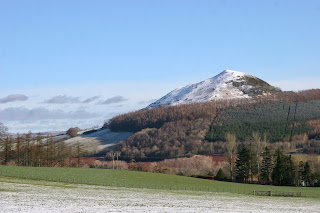 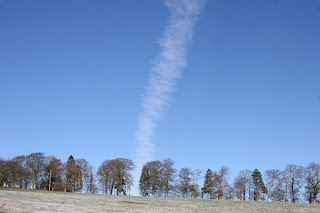 Fatty was waiting patiently for her transport yesterday, all bright eyed and bushy tailed.  The clippers are long since packed so she is sporting a very floofy mane and an impressive beard.  I have been very lucky to find a super yard for her so the plan is to get her back under saddle and hopefully have some fun.  I put Juana down, she should have gone at the same time as Mabel and Llamita but rather too literally dodged a bullet.  I then sold the last two foals so she did stirling work keeping Fatty company over the winter (she adored Fatty, Fatty was "meh" about Juana).  She'd had a rough time somewhere along the line, covered in scars and at times fearful, so a nice winter with lots of food, lots of carrots and a (fickle) best friend with absolutely no chance of ending back in a rough home.

So the last horse has left Wattaman, I made one poor decision (to the two people I said "I am trusting you, if you screw me over it won't be the worst thing that has happened to me this year" it wasn't actually an invitation!!) but I am counting it as a success and I have never been more ready to follow that horse box down the road and leave here. 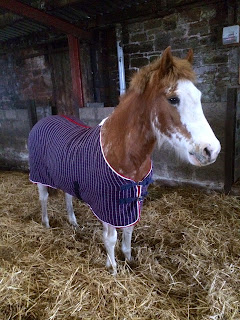 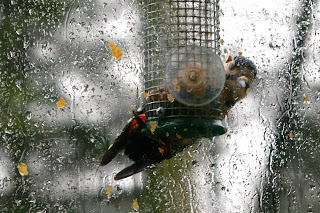 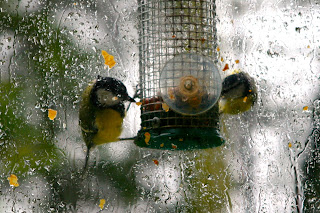 Chamfron Compostela back in work 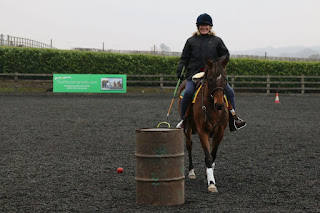 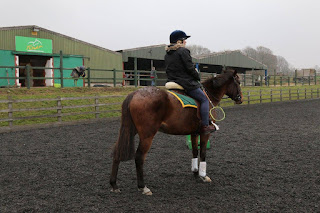 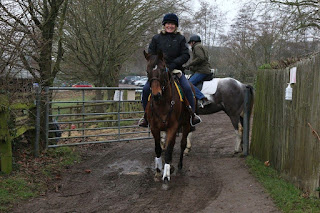 Getting ready to move

The last fortnight has been a constant plod of sorting, tidying and cleaning as we will be leaving here at the end of the month.  I can joke about how no man should be allowed to die without neatly labelling the contents of his man shed but it's been emotionally and physically brutal.  Throwing things like Mark's texan polo boots on the bonfire remembering exactly when and where you bought them (Roxtons, Cirencester, 15 years ago) is bloody awful.  However as always I've been lucky selling everything I wanted to sell and met some genuinely lovely people along the way (and developed a taste for G&T in a can, thanks Denise!)

I will miss the security of Wattaman, twelve years and I've hardly locked the house, tack room or car.  I will miss the wildlife, the dark skies, the windmill and the first third of the driveway (from the house end!) which changes with the seasons.  I've seen the solar eclipse, meteor showers, nacreous clouds and of course the most incredible display of the Northern Lights here.

That said it is time to go, I am tired of journalists still calling, I am tired of people thinking that after not seeing them for a year they can pop up and see how I am, I am tired of the mud and I won't miss the dash of death under the rotten lintel of doom and slate guillotines of fate in the chicken shed either.

A year has changed me, I am in a respect fearless, the worst has already happened.  Strangely I am less of a fussy eater, I am less squeamish in general (all in all a good thing as there were mice in many varied states of decay in the tack room and a *few* live ones).  Plus which I am clearly an adult now, I have bought my first NEW sofa, not new to me, one of those New New sofa's, it is fabric for my new life, the one where I don't smell of horse and I'm not grubby.  Wif is currently testing out the one he is about to inherit! 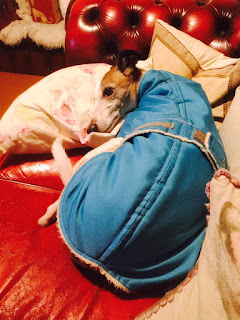