We had a lovely sunny walk up to the The Three Brethren in Selkirk today.  The Three Brethren cairns mark the boundaries of the estates of Buccleuch, Yair and Selkirk Burgh at a height of 465m.  The first cairn was built by Alexander Pringle, Laird of Yair and Whytbank Tower in 1512. However, one cairn was considered to be insufficient and another two were built at a later date.  The hill is named as the Three Brethren on General Roy’s military maps from the mid 1700’s.  On the way back we saw a flag flying on the horizon so we deviated to Linglie Hill to investigate, there wasn't a breath of wind so I had to lightly energise the flag to get it to unfurl, it proved to be a NHS tribute.  The trig point at The Three Brethren had recently been painted red for Remembrance day but it was back to white today. 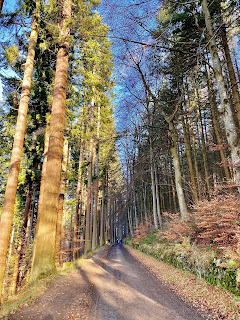 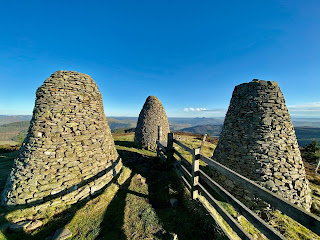 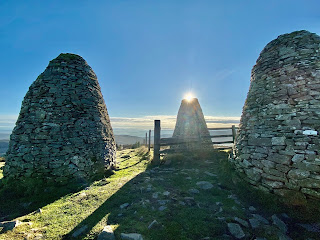 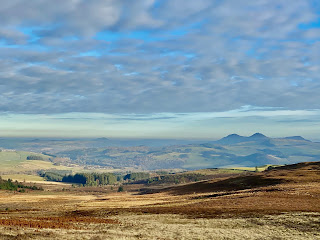 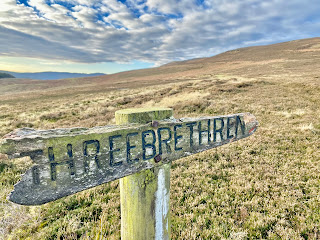 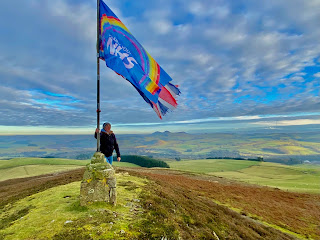