Well very nearly Woods of Cree, that was my first mistake, we stopped at the first car park which was actually Barclye car park.  The second mistake was I didn't really look at the map they helpfully provided so after a few hundred yards of admiring the bluebells we headed off through a gate and randomly decided to follow the red trail.  The red trail went of up the hill and despite my optimistic thought every five minutes that it would drop back down into more bluebell woods, it didn't.  It headed up over Barclye moor, through Knockman wood and ended at a cairn where we looked down on Newton Stewart then turned round and went back the way we came.  There has been an unfounded rumour that I was cheerier heading down hill.

After our wee stroll we moved on to the correct car park and peered into the Otter pool where there were sadly no otters.  We did spot a lovely herd of Fallow deer and plenty of butterflies. 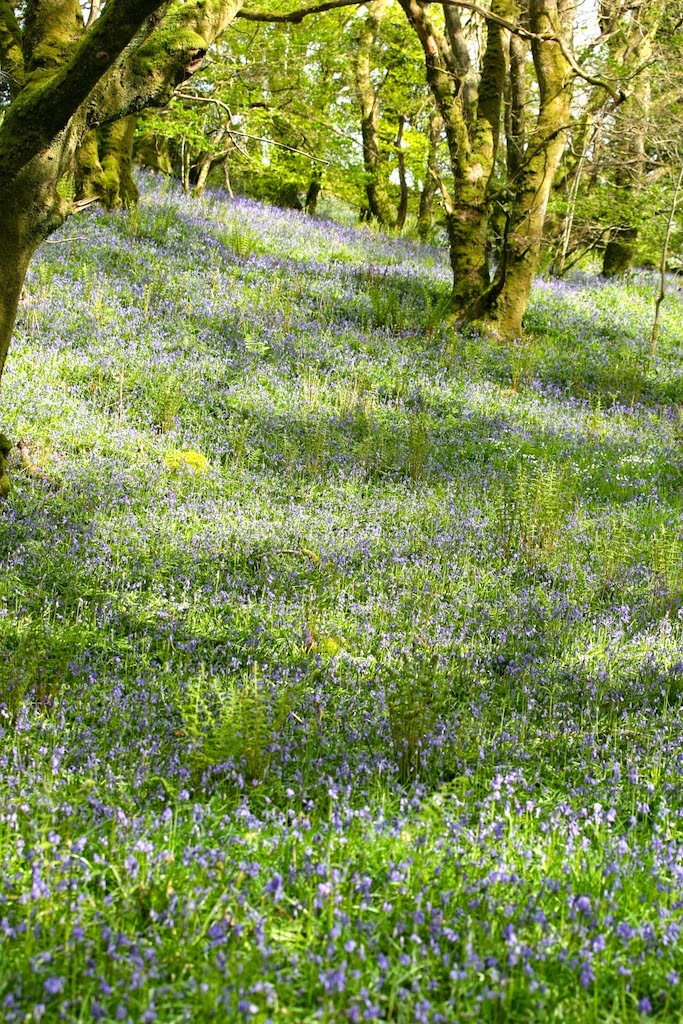 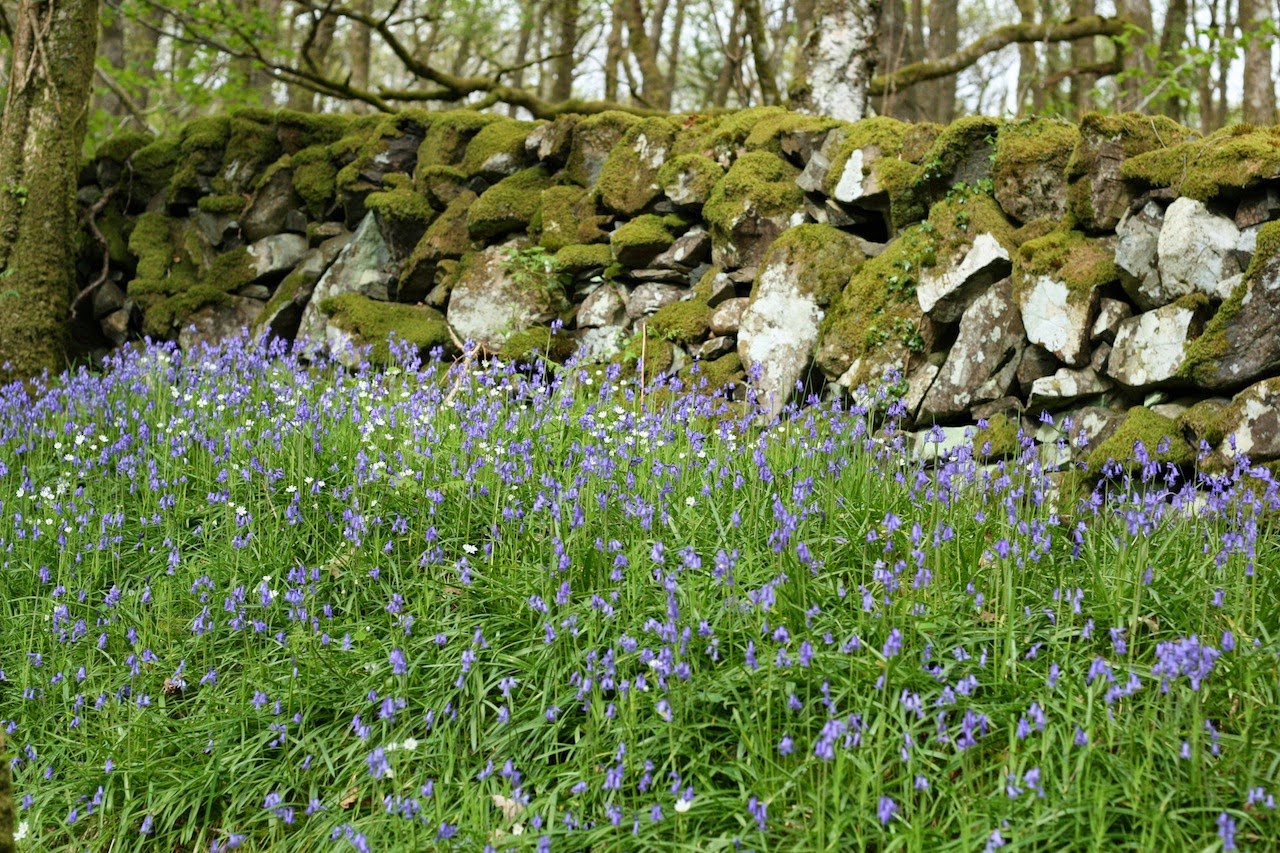 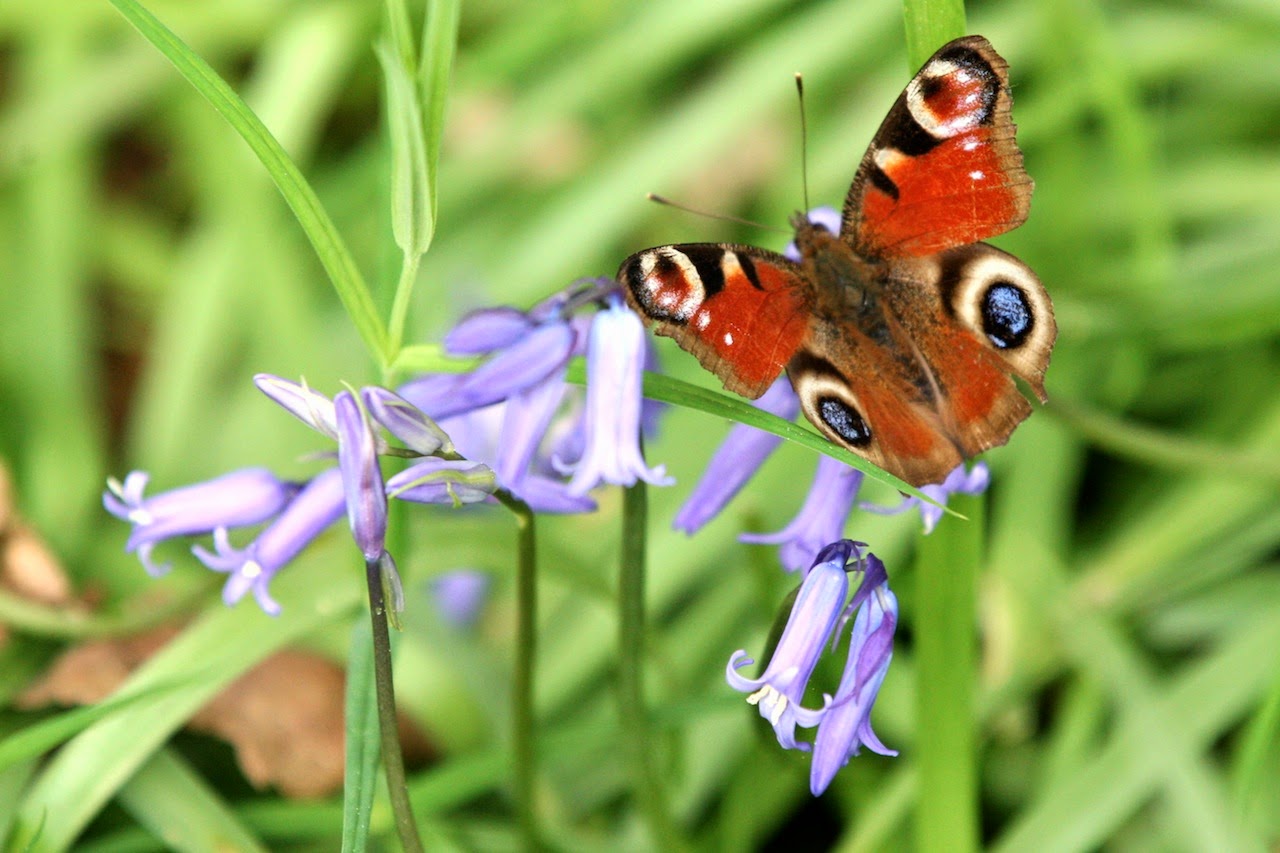 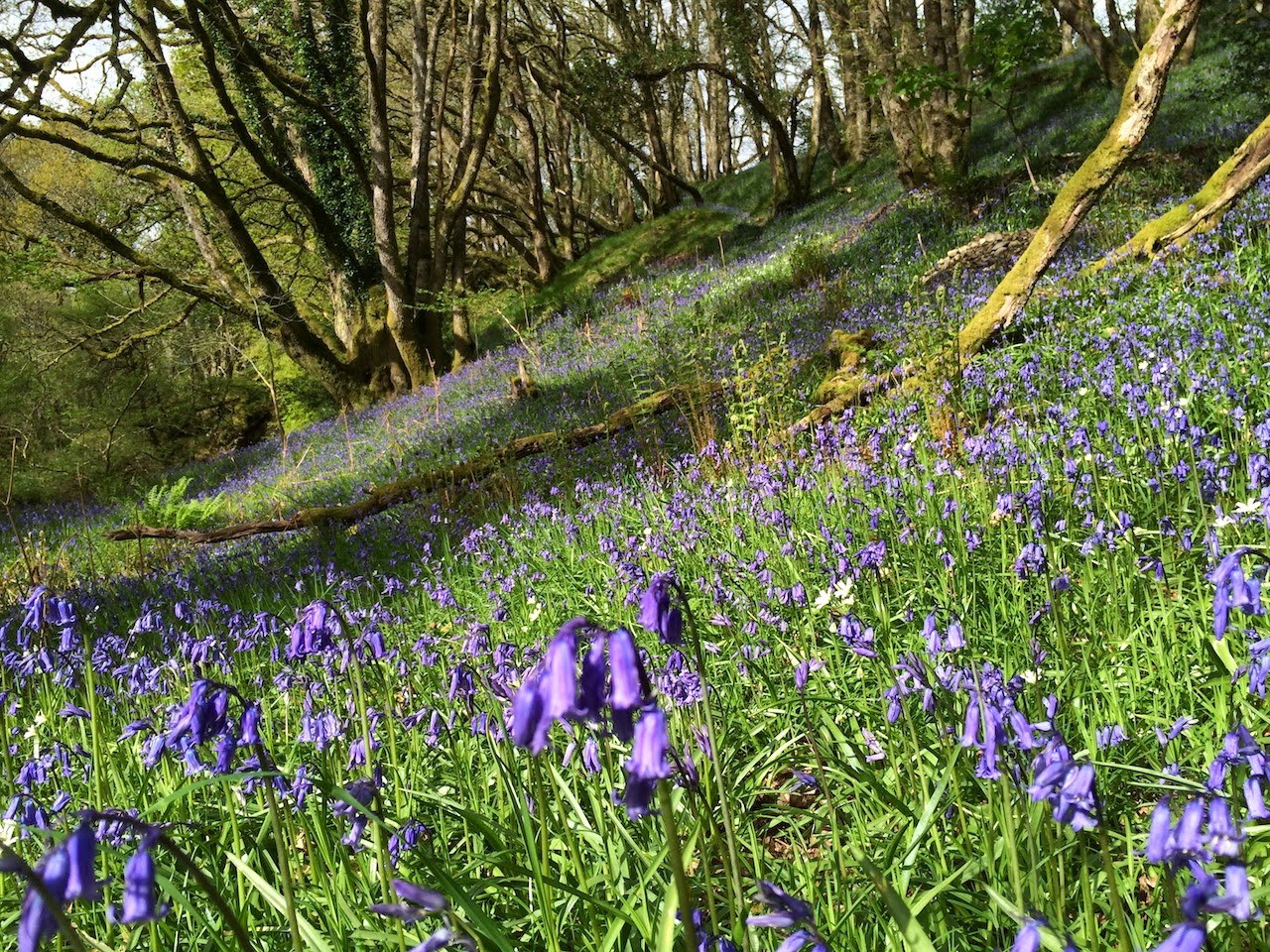 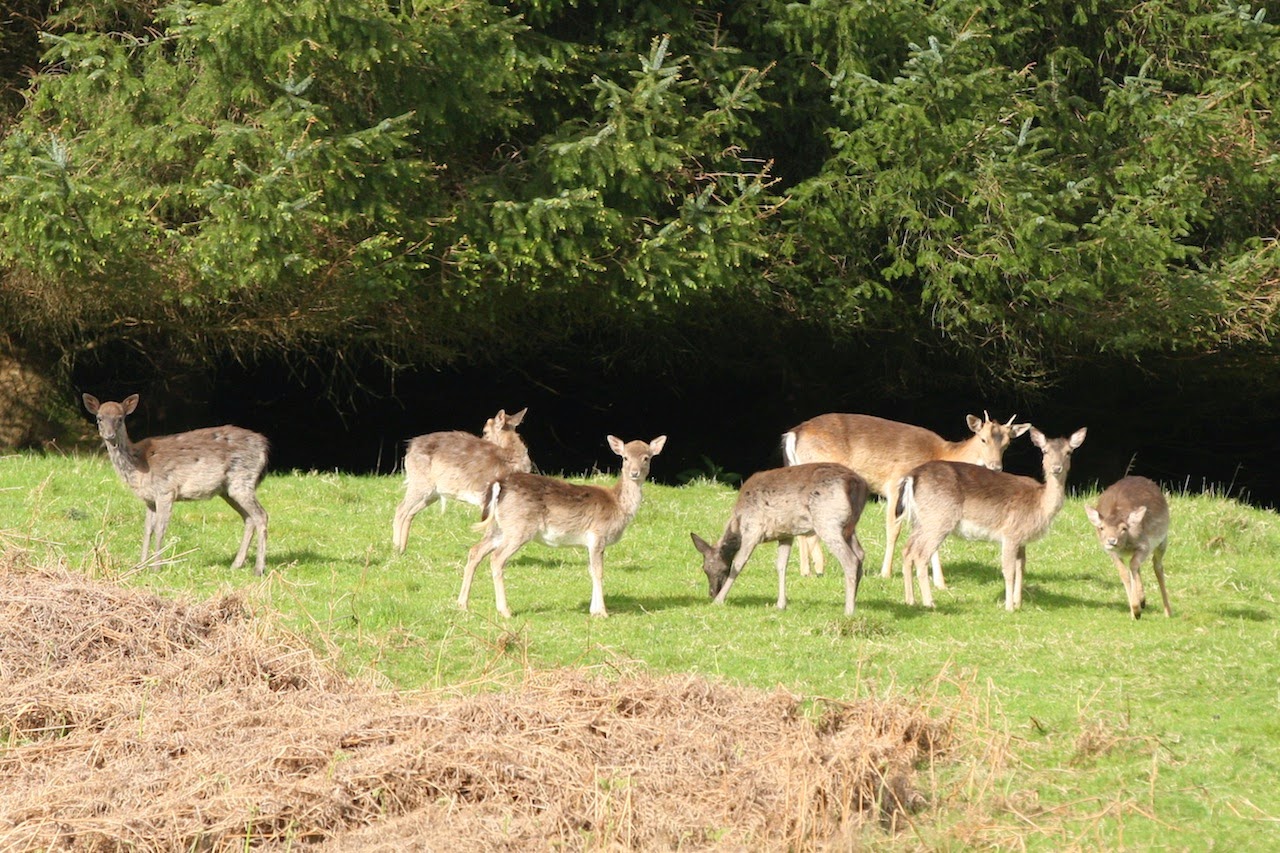 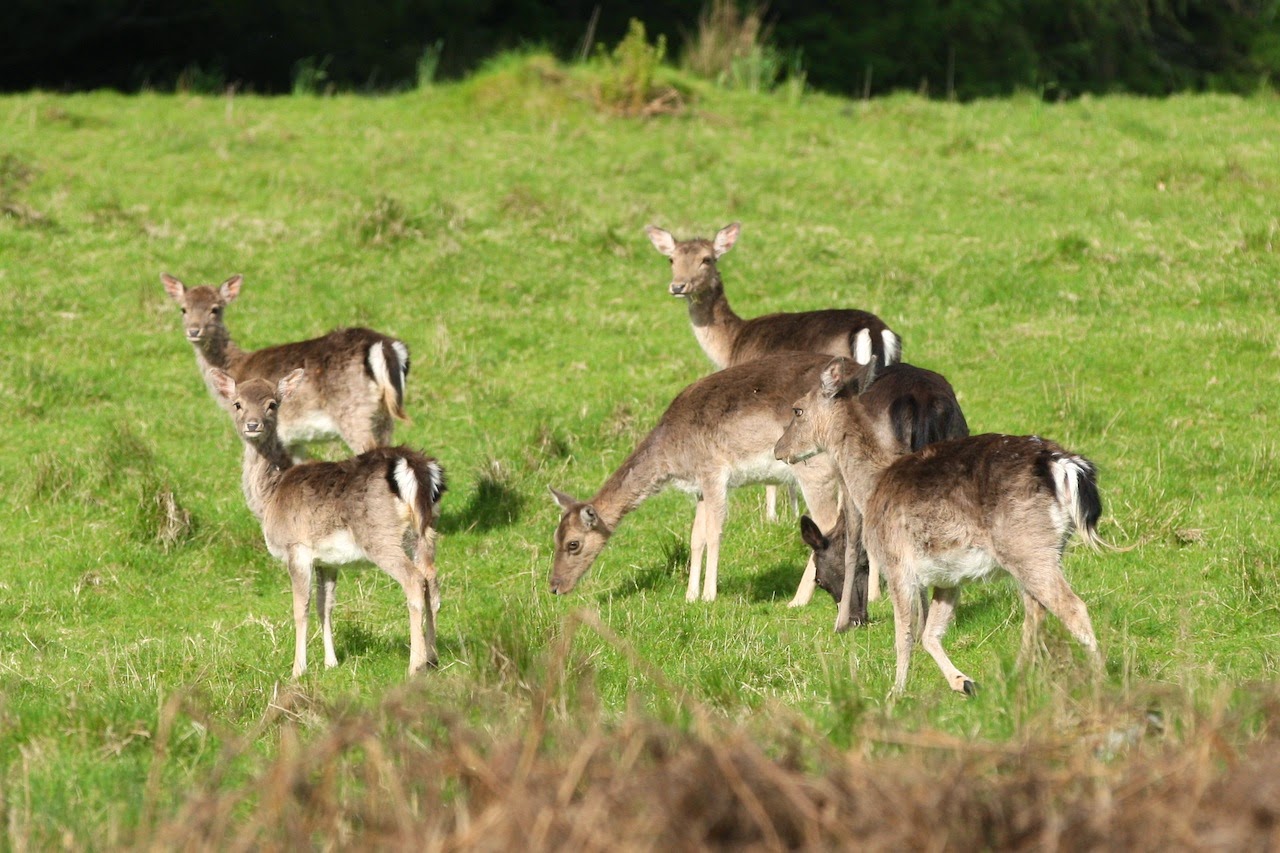 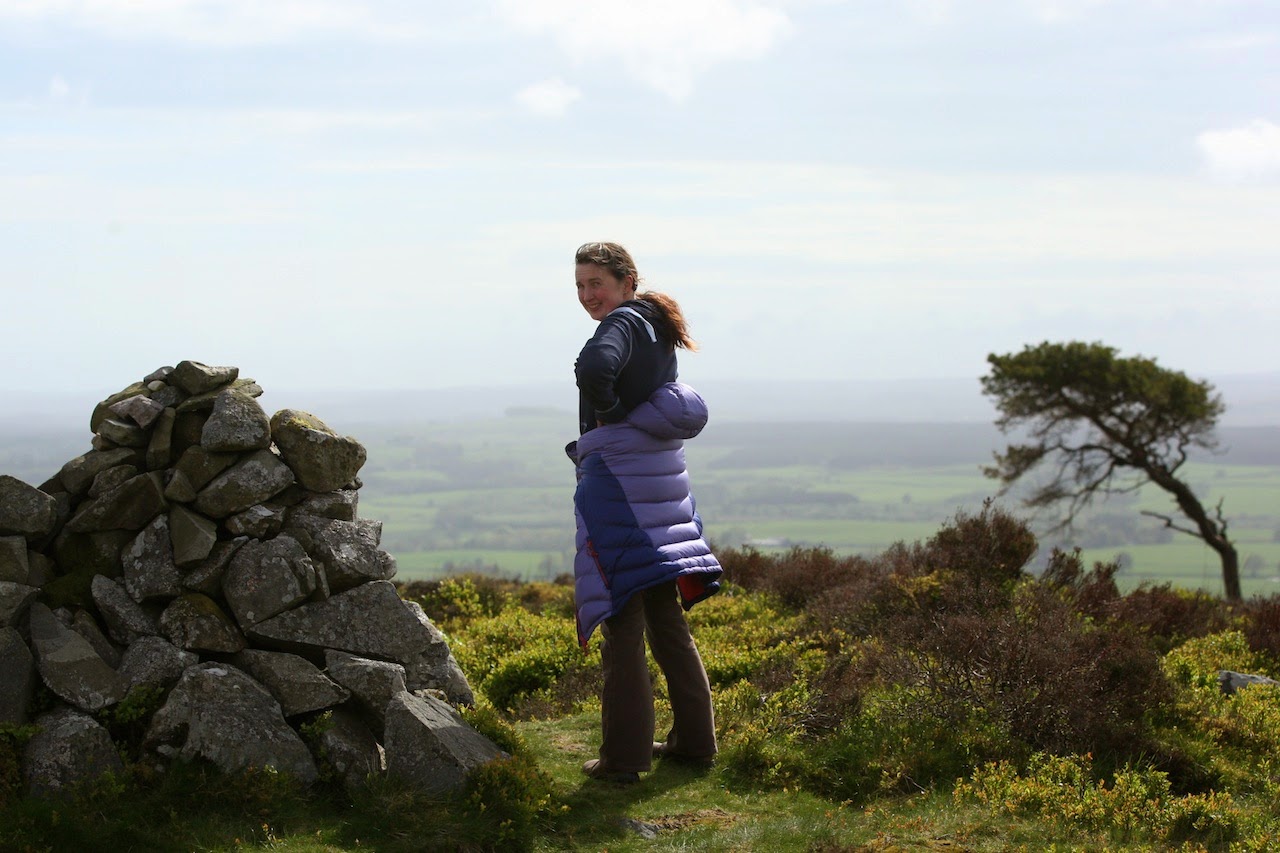