Cobblers children and all that but Malambo is now in to be ridden.  He was backed as a two year old with no problems, turned away to grow up it then rained all of his three year old year and we didn't do anything with him.  He came in as a four year old and was sat on for a few seconds, woah he said, I don't think you've been there before and provided me with a great set of dramatic images deemed "not suitable for the blog!" Having thoroughly upset himself he was turned back out for the winter and is now five (seriously, how does that happen?)  He has had Ted on him for a couple of weeks in the stable, was sat on in his stable on Tuesday then ridden in the pen today.  So far he only goes clockwise but he's doing it in walk and trot, hugely powerful and forward, he's going to be some horse. 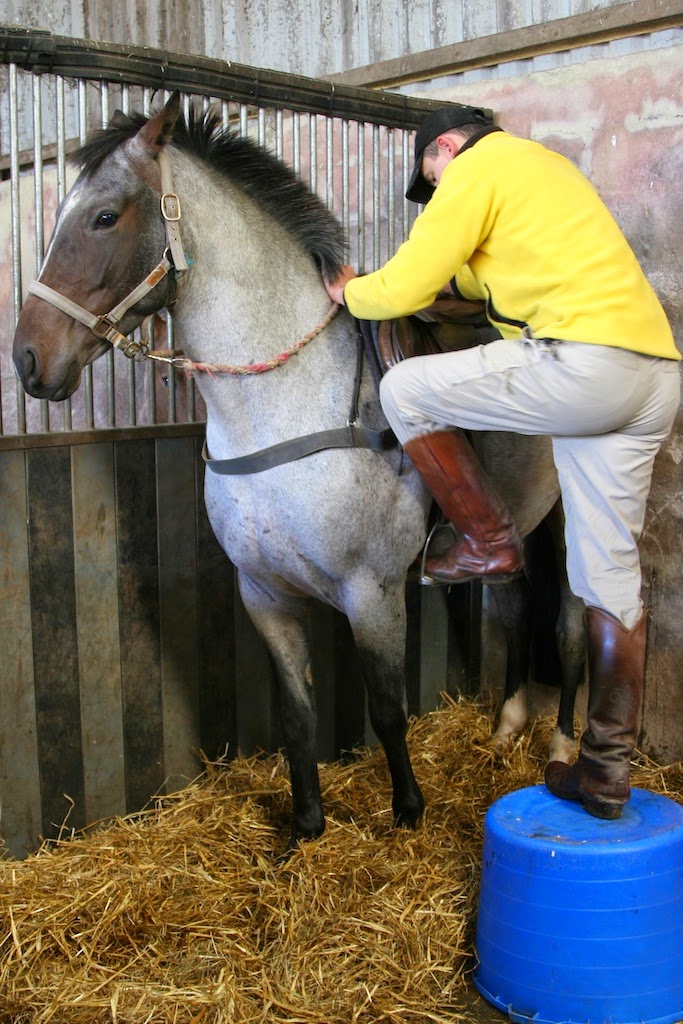 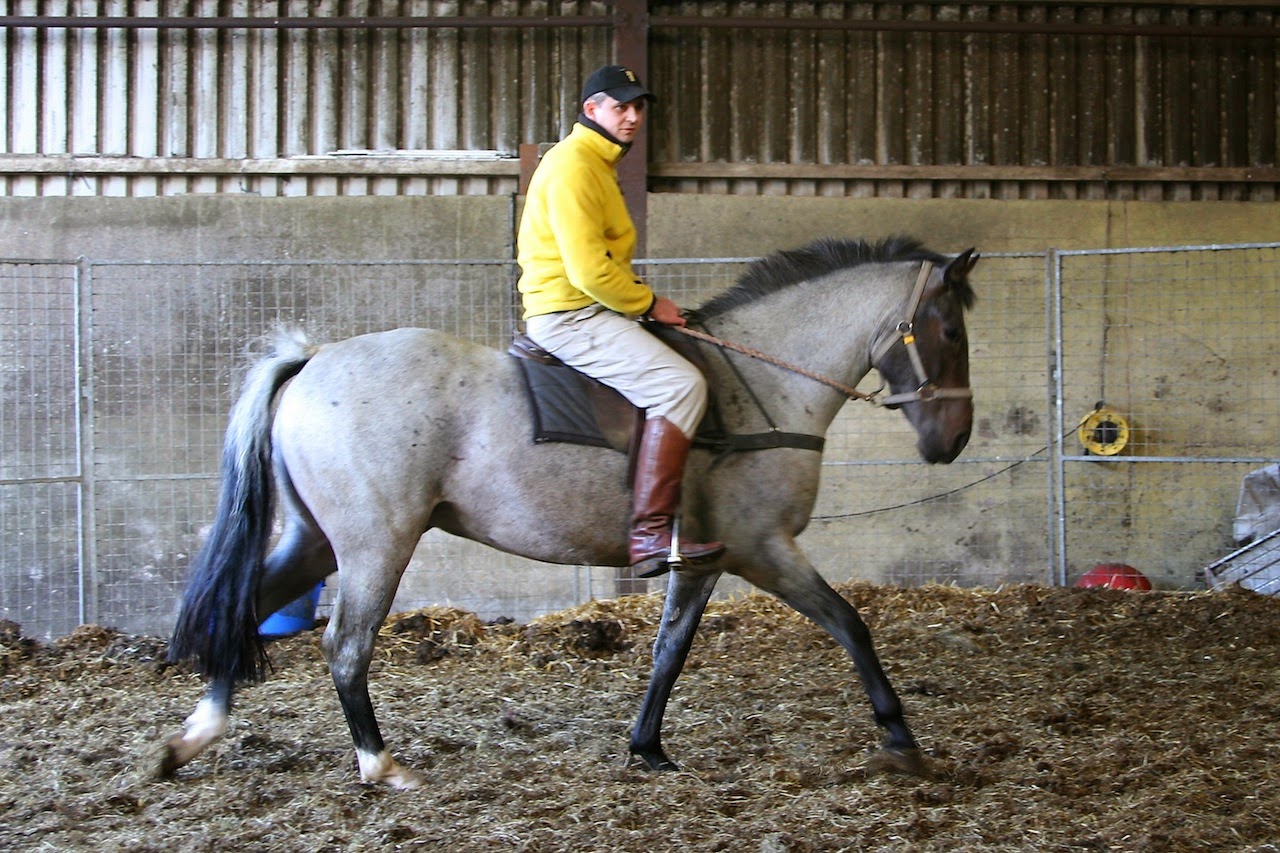 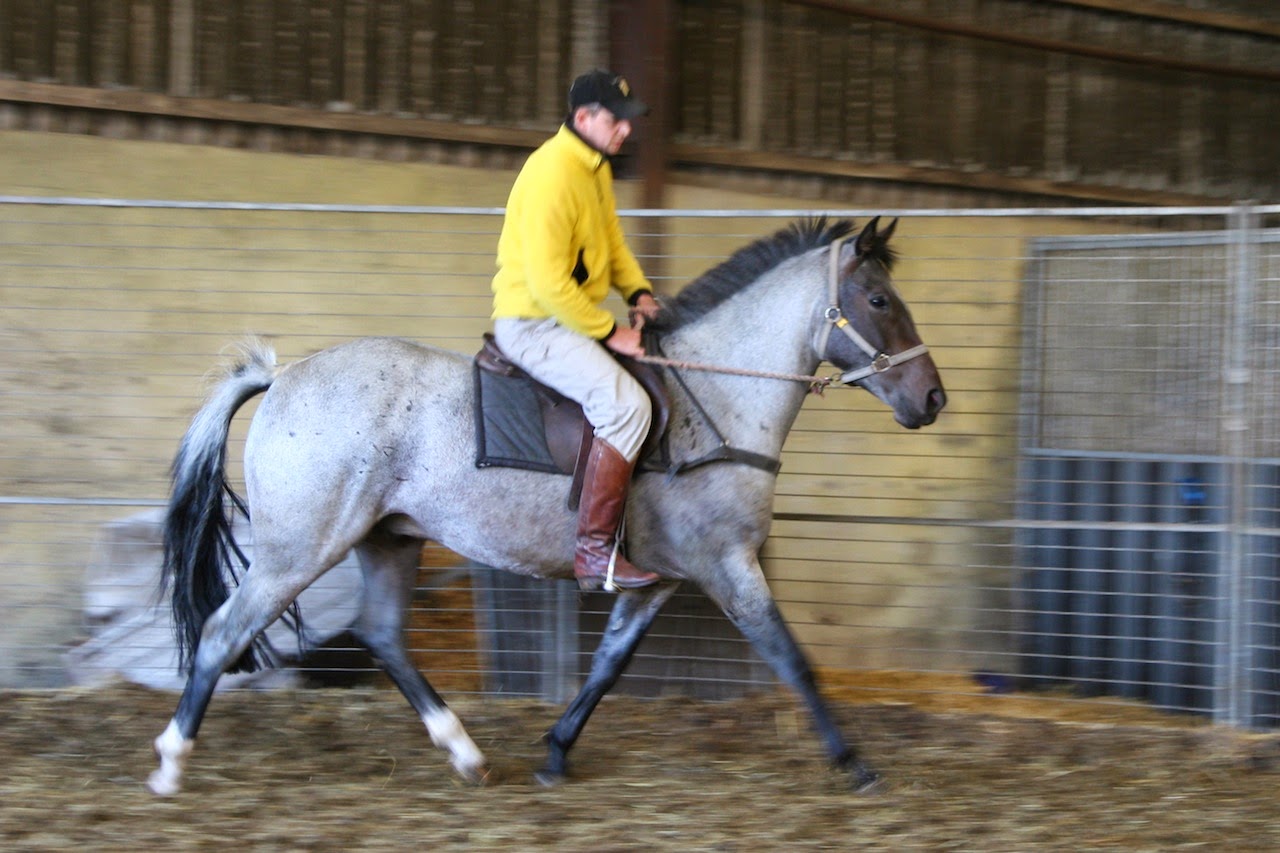