Quick practise with the South American tack before Saturday, rawhide tack does not approve of the (normal) climate of the West Coast of Scotland, however we are polishing our halo that we have remembered this with a few days to spare and are slathering it in rawhide cream (which looks just like lard... and probably is!)  You can't see in the photo but there were clouds of white butterflies cantering round with Arrayan.

Max is now pootling round the indoor pen, Tilley has been sat on (she has been more worried by the girth so is a few days behind him).  Just as Mark swung up on to her Max grabbed the Jollyball in the pen, cantered across and threw it at the cage walls with a satisfying clang.  If he could of thrown a t-shirt over his head and run round shouting "he shoots, he scores" he would of.  I tried to get him to pose with the Jollyball after for a photo but he looked down his nose at me, muttered "dirty, dirty" and refused to have anything to do with it.

Phoenix has been introduced to a polo stick and is reasonably happy with it, a little more worried by a moving ball to start with.

Just heard from Edmund Edge that Chamfron Morello had his first outing today and was second in a strong coloured class at Launceston Show. 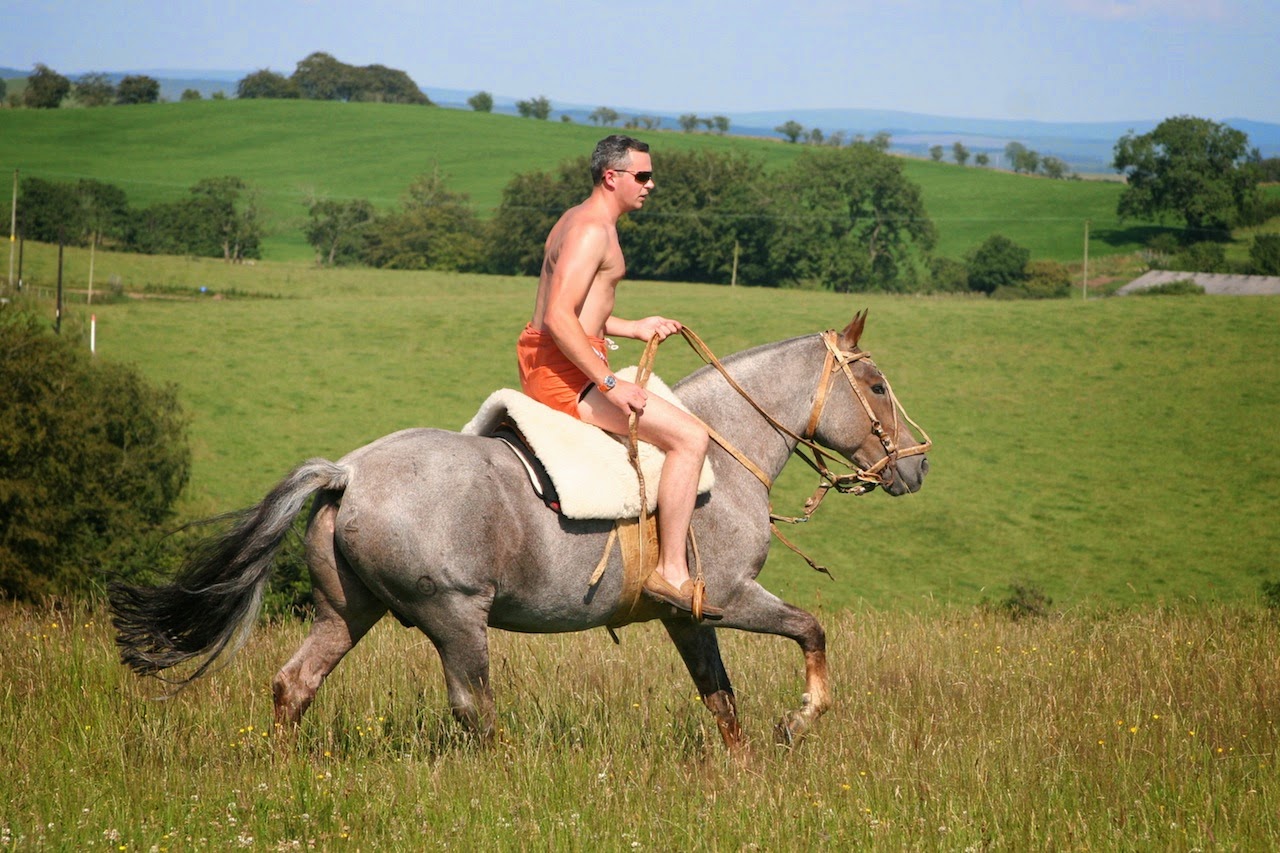 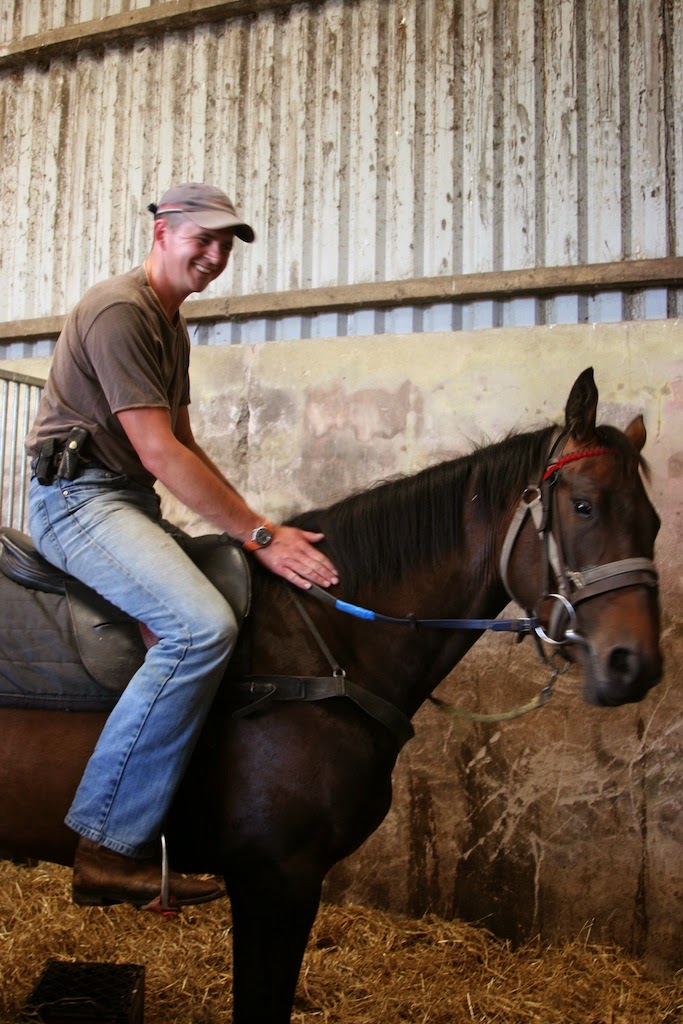 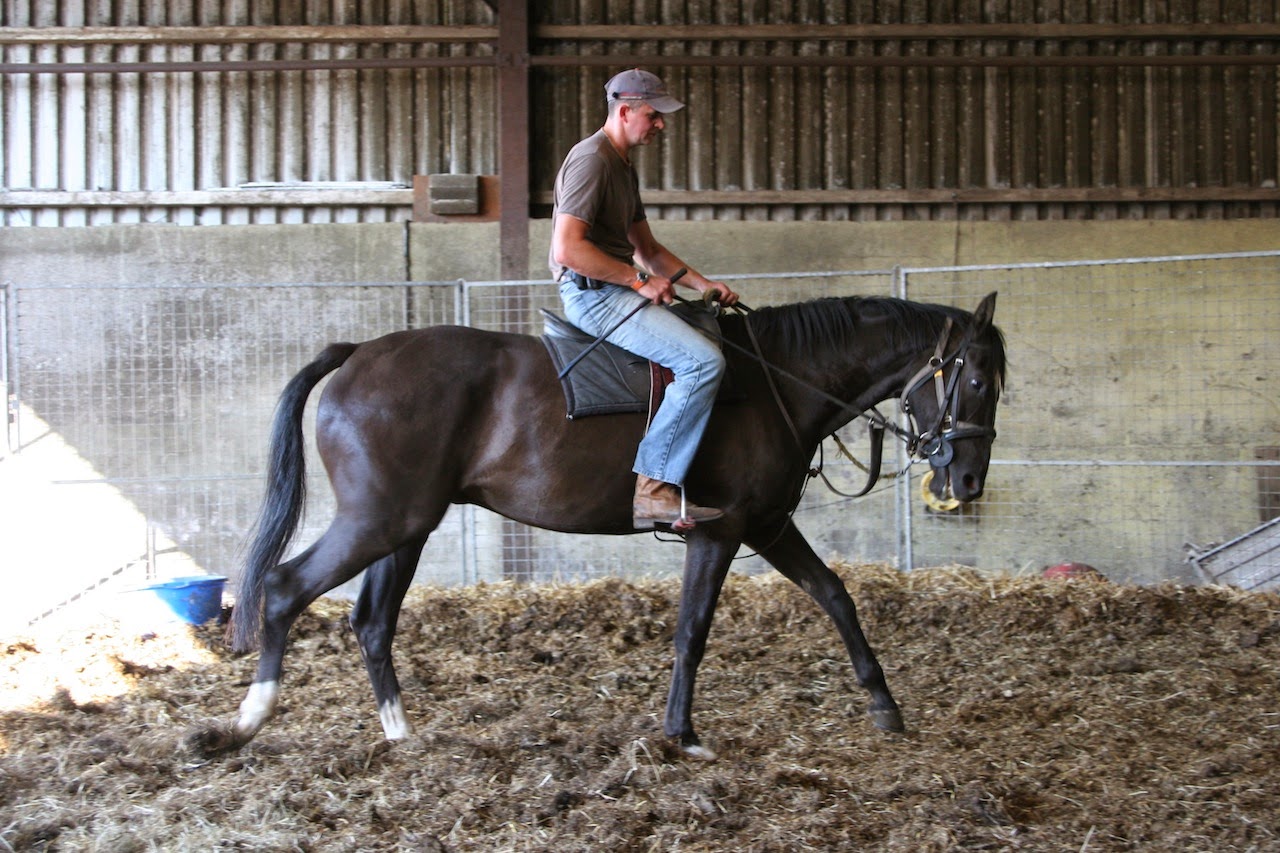 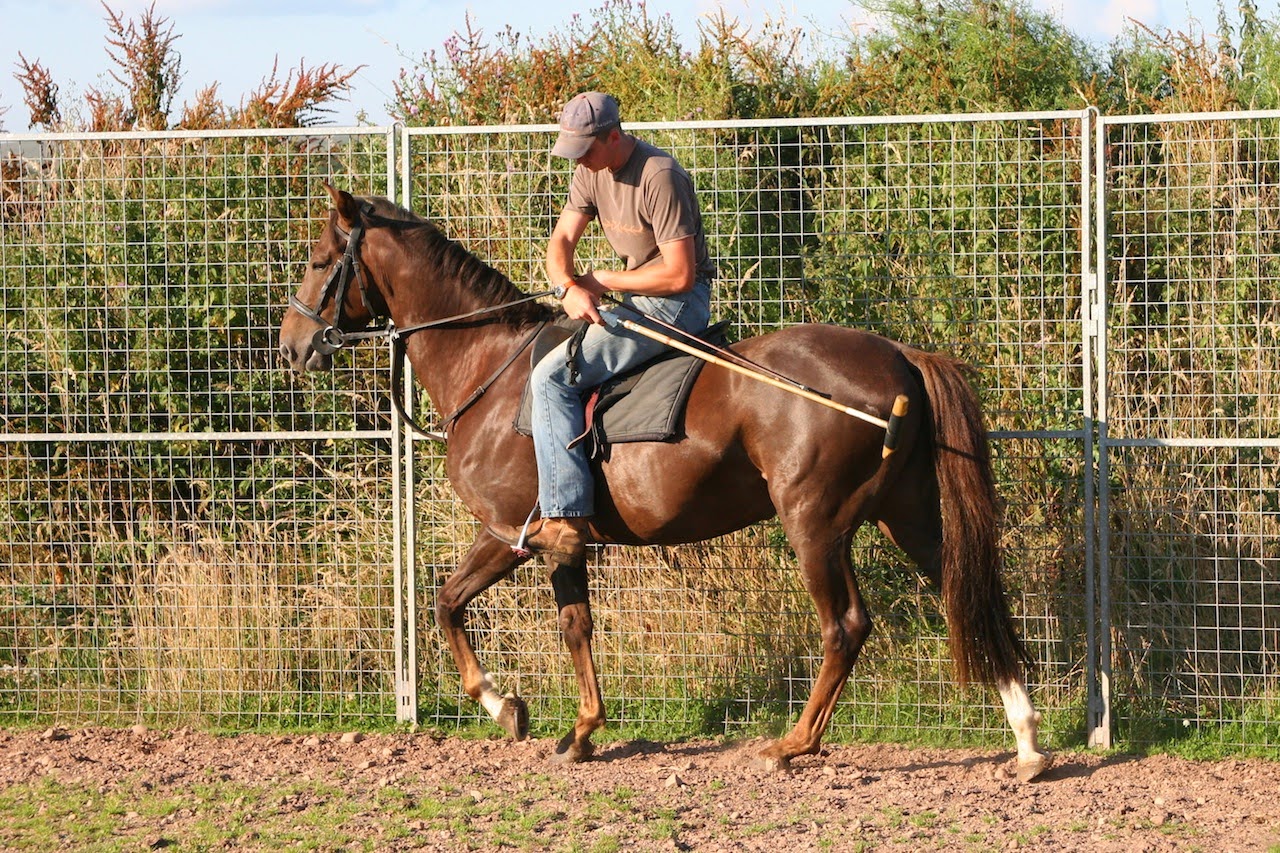 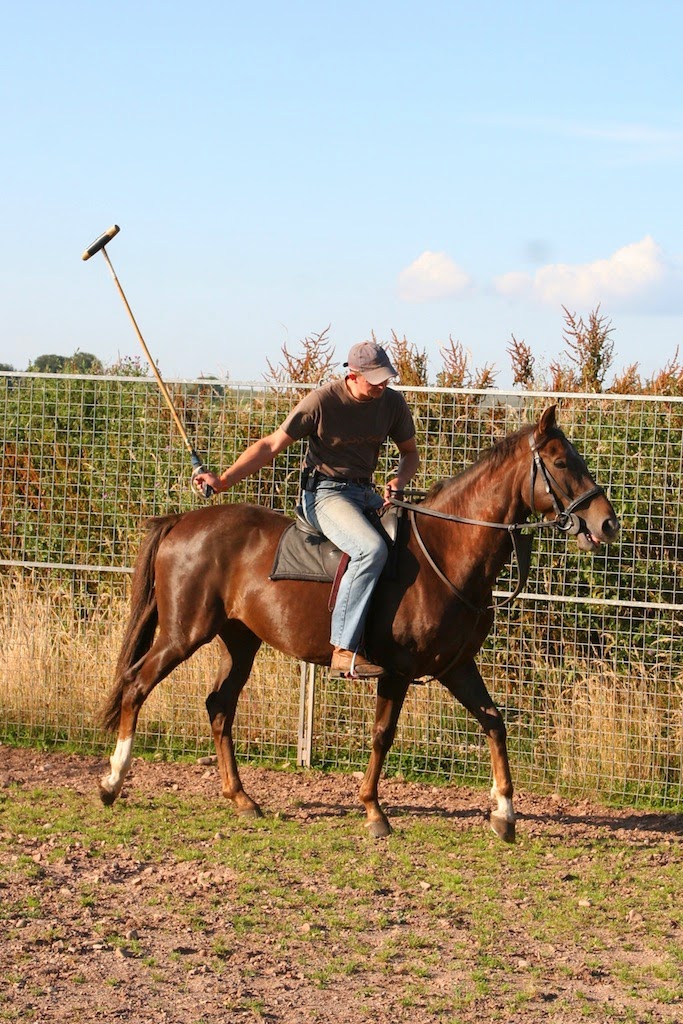 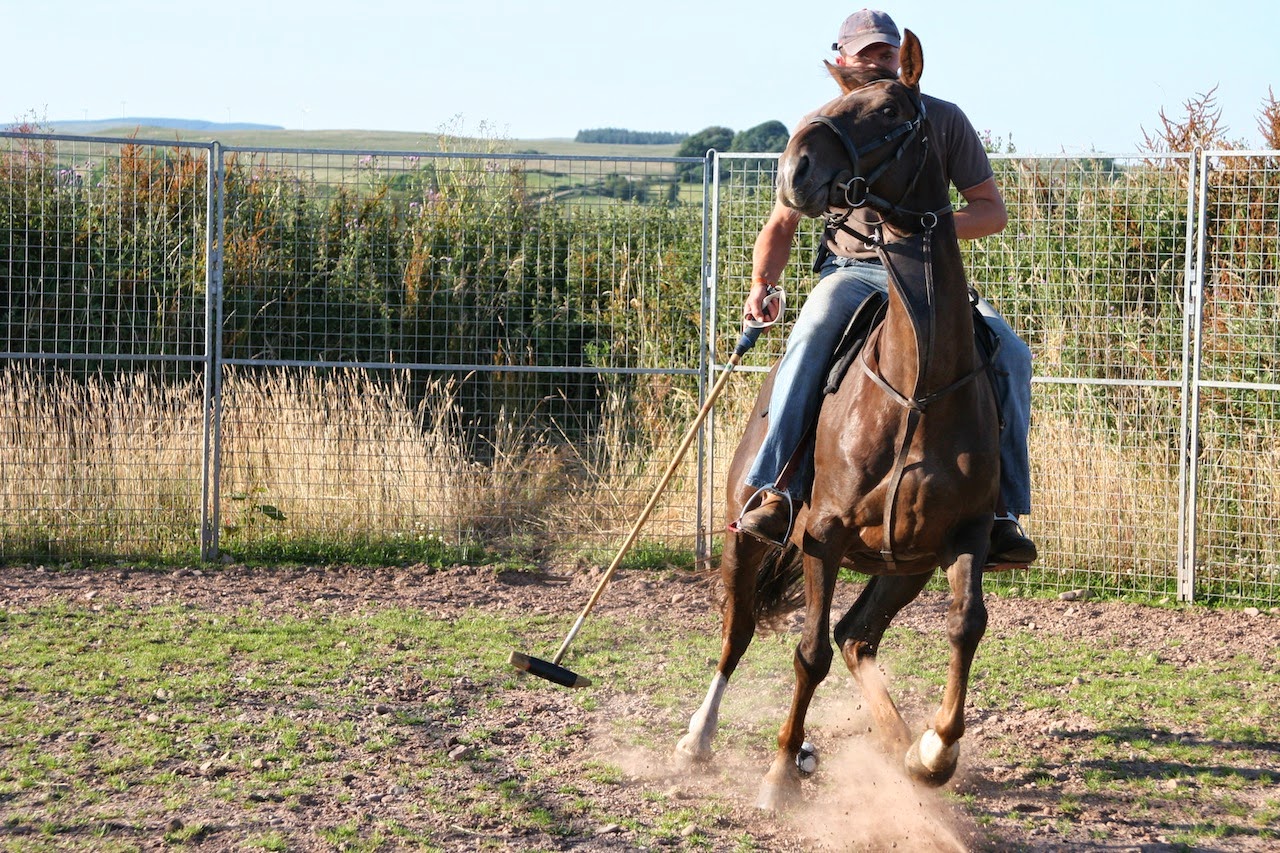